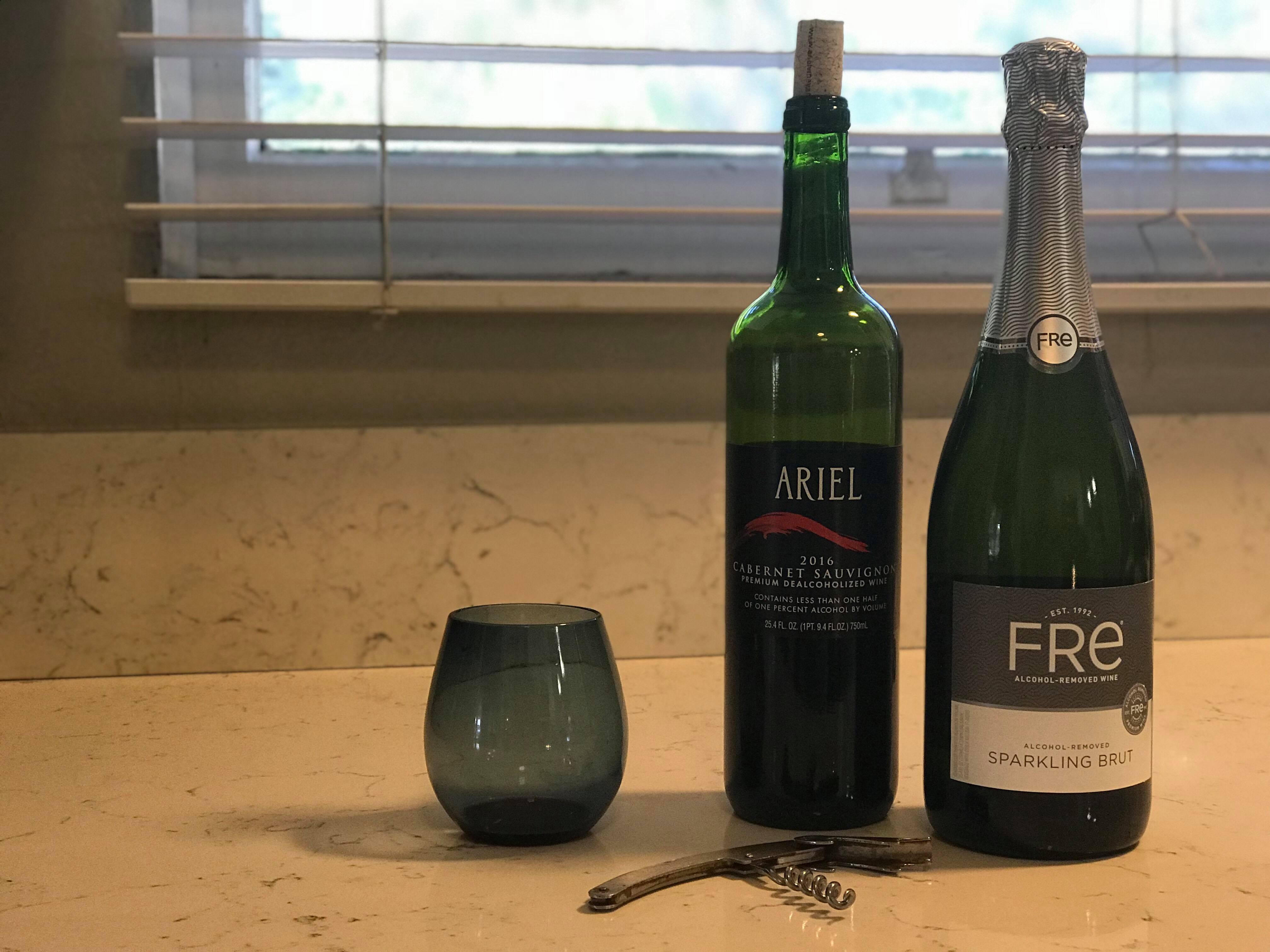 Okay so this happened last night. We were out and about getting ready for New Year’s Eve and stopped at Bevmo. Sitting right next to the Sparking Apple Cider was Ariel Cabernet Sauvignon, a Premium Dealcoholized Wine. I thought, why not? I bought a bottle along with some Fre Sparking Brut. The fake booze stock up.

On the drive home I low key stressed about what it meant to purchase pretend wine. Like what was I trying to do? What was my intent? To be honest, I don’t usually drink fake booze. But for some reason last night it seemed like it might be fun. And wasn’t this a tremendous amount of progress … after almost three years, I could saunter thru a liquor store and reach only for the fake stuff.

My sense of accomplishment was high.

Still, I felt myself anticipating the pour and reached for my cork screw and glass almost as soon as I walked in the house. I know right? Interesting.

I deftly removed the cork and poured. It smelled just like a red. It poured well. I think it even produced the familiar residue cling to the inside of the glass. I took a sip.

First of all, it definitely fell short. Not nasty. But just short of nasty. And the gears started to churn as familiar feelings and behaviors surfaced. I sipped it like it really had alcohol in it, very aware of how much I was pouring, and caught myself wondering if I was drinking to much.

Did I say drinking too much? Drinking too much fake booze?? Yup, that’s what I thought and with the bottle 1/2 gone, I turned myself off. Because I didn’t want to over do it. I wanted to control my drinking.

Here I am today and I’m over it. As I throw this remaining 1/2 bottle of fake wine in the trash I’m convinced of a few things. First, we can truly let our infatuation with drinking go. We don’t have to miss alcohol. Second, there’s no need to create a sense of social normalcy in our lives by drinking the fakeness to be like everyone else. Third, we don’t have to create mock-tails that look and fizz like cocktails. We can stop drinking Kombucha in exchange for beer, lying when we say it’s for the benefits, which in and of itself is hilarious.

Finally, we can stop pretending like what’s in our glass somehow heightens our experience. Experience doesn’t need a dub on it. Let organic experience be enough.

Lastly, since there’s always those who claim they drank wine because they loved the taste, I give Ariel a 78. 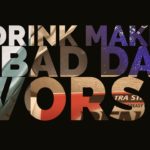 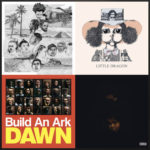 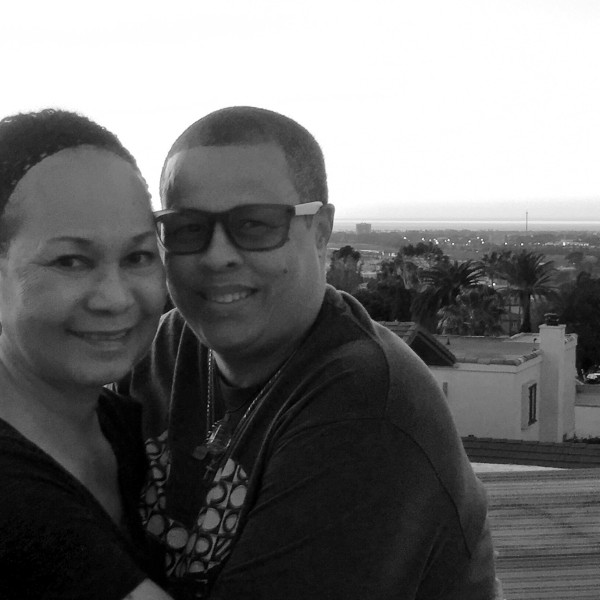 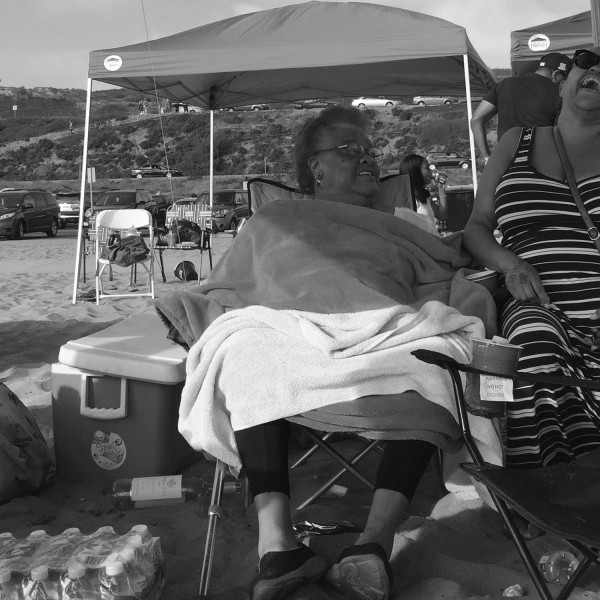 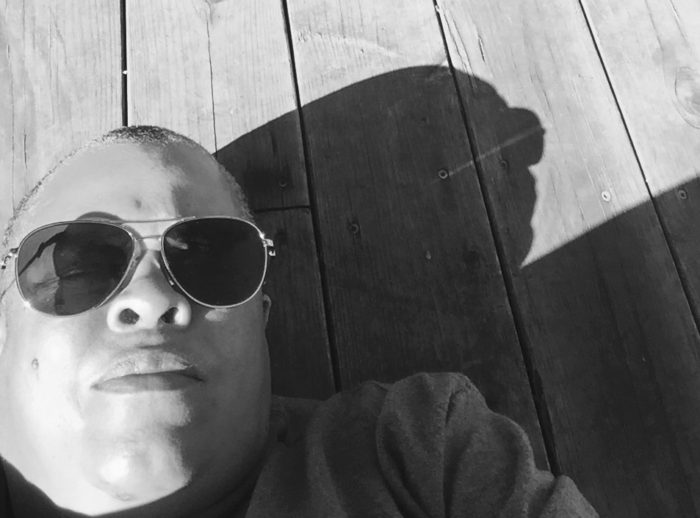 Everyone Can’t Be In Your Front Row 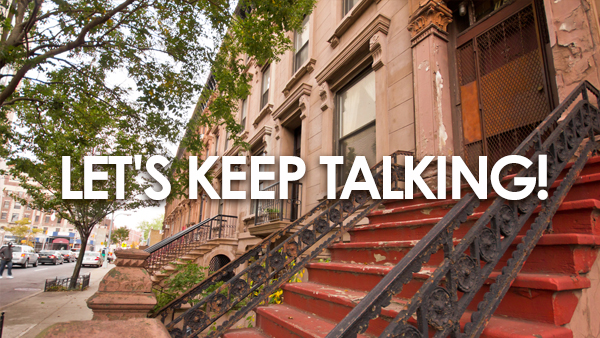